THE WEEKLY NEWSLETTER IS AVAILABLE EVERY FRIDAY

We are a school community and we are a family. We learn together, we support each other, we give our time, our kindness, our love and our compassion to those around us in our school and wider community. We help each other to be ourselves and to be proud of it and to grow in to the unique individuals we are, and as a result, we grow into the respectful and accepting community we all value so much- we are there for each other on each step of our journey.

The great green debate is a competition that will challenge children (year 5 and 6) to think critically about global environmental issues. All Primary and Junior schools within the district were invited to take part in the debate. School's successful in getting to the final will culminate with a live debate in the Wakefield County Halls Council Chamber, a real debating hall on the 13th March 2019.

The teams involved were asked to prepare for a 5 minute debate which will be focused around a central question.

Here are the speeches from our debate team... 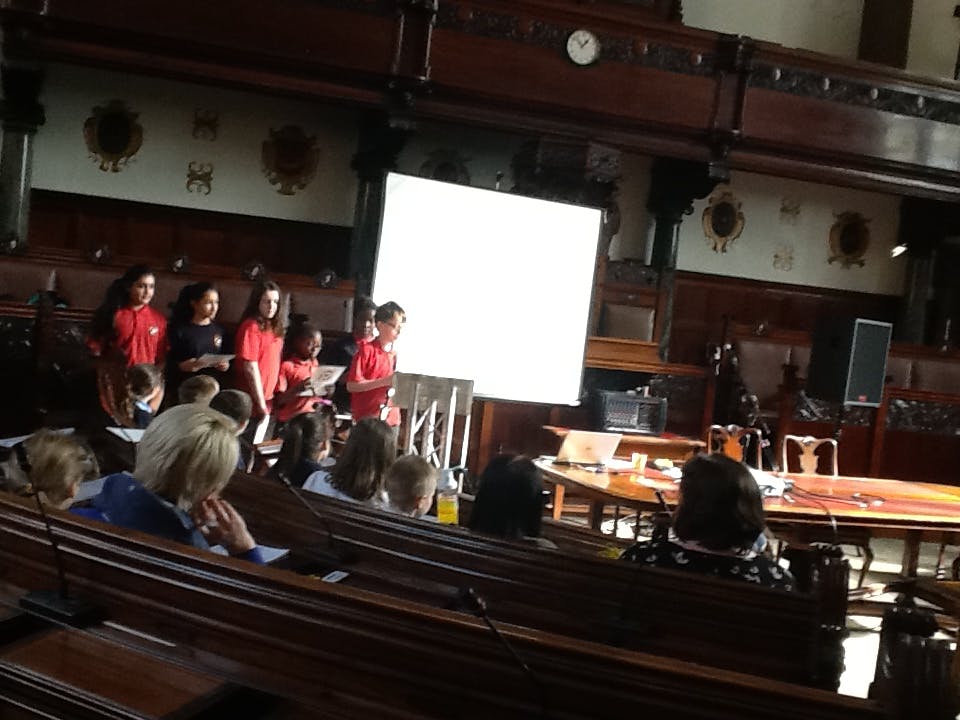 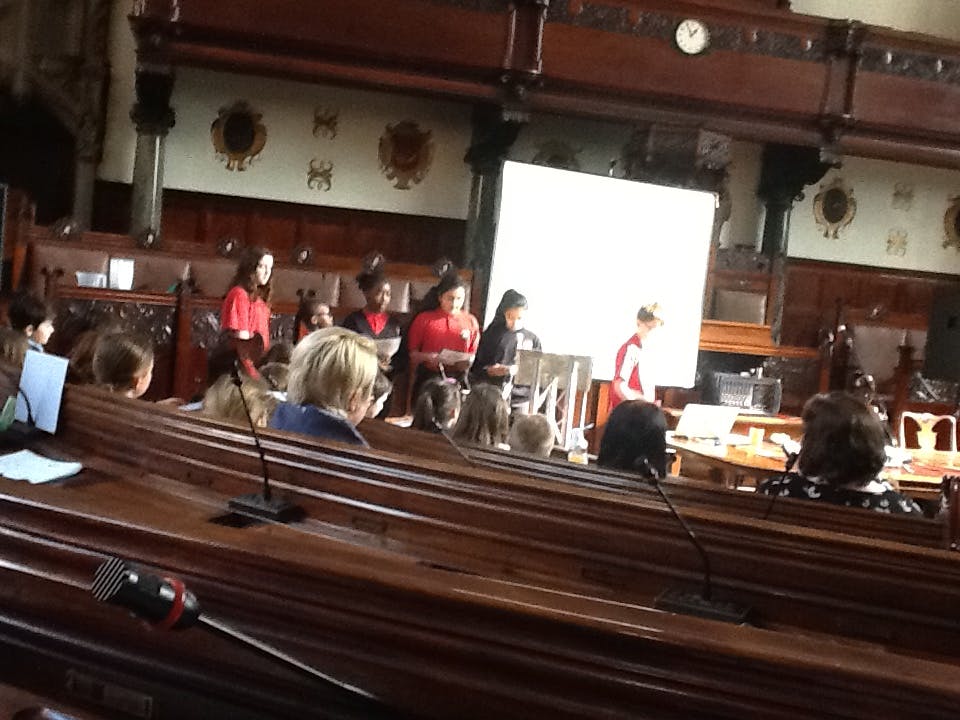 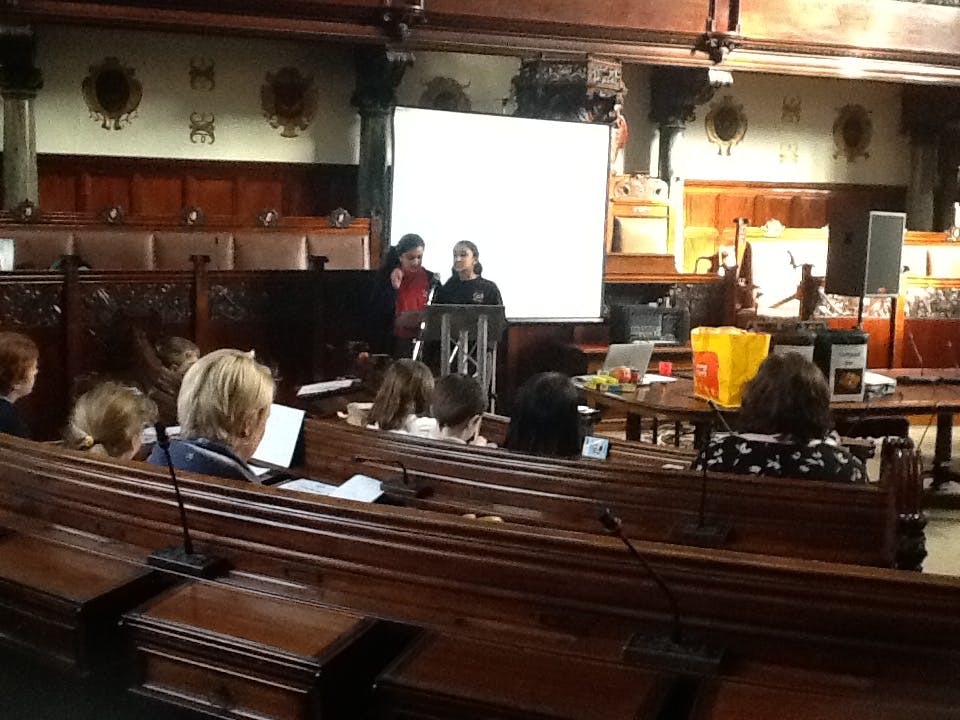 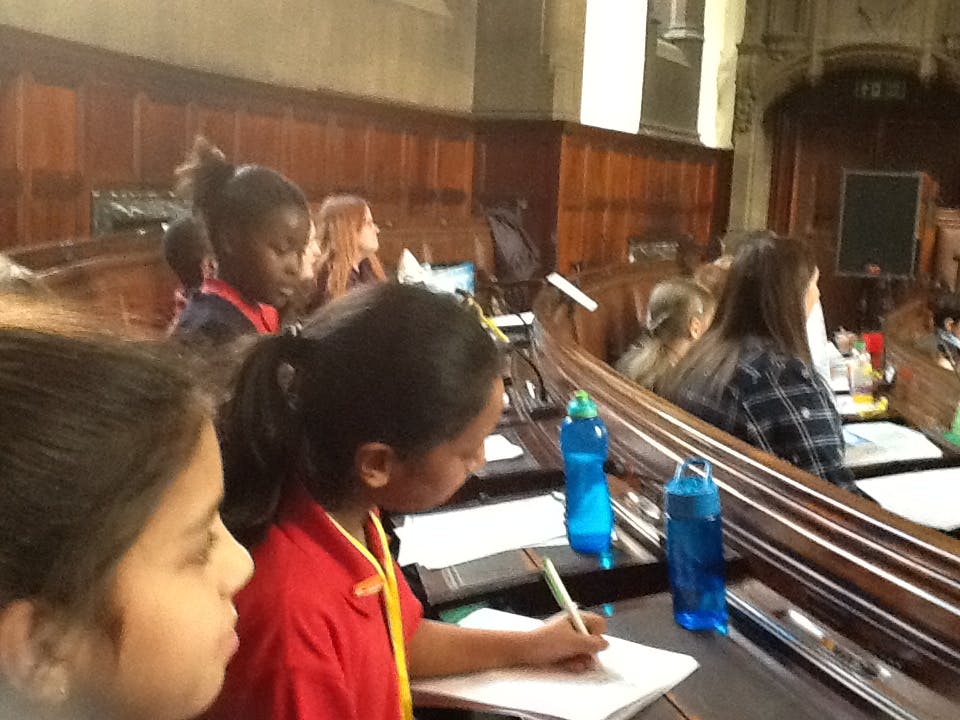 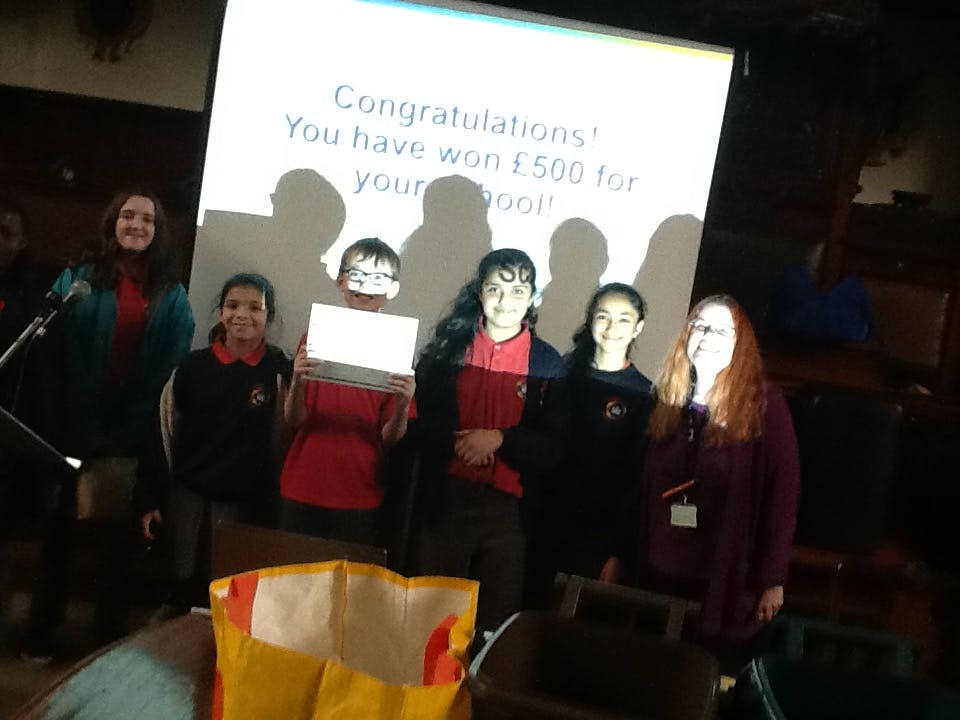 Debate 2 - The Dominators propose that school staff should wear a uniform.

The great green debate is a competition that will challenge children (year 5 and 6) to think critically about global environmental issues. All Primary and Junior schools within the district are invited to take part and the debate will culminate with a live debate in the Wakefield County Halls Council Chamber, a real debating hall.

Each entering school should choose a debating team of 6. More children may be involved in discussing issues and generating debating points but 6 children will represent the school by speaking in the debating competition.

The teams involved must prepare for a 5 minute debate which will be focused around a central question: “What is the most important thing that we can do to help our environment”

Each schools debating team will be given a topic which they have to argue is the most important thing that you can do to help our environment in advance of the debate. There is not a right or wrong answer, the competition is based on strength of argument.

The big event will take place on Wednesday the 14th March at Pontefract Town Hall 12:30-15:00.The voting on the big day will be largely via peer assessment so will keep all groups engaged throughout the event and the pupils voices will be heard.

We are very excited to be involved in the debate as debates are fantastic ways to get children to think critically, independently and to develop their confidence in public speaking which is a critical skill later in life in the workplace.

OUR DEBATE TEAM WERE FANTASTIC AND WERE AWARDED 2ND PLACE! CONGRATULATIONS

Our fantastic debate team all received National Book Tokens to celebrate their achievement. 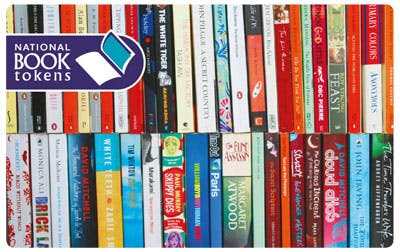 The Year 6 Debate club in now in its 4th year. The club meets once a week The children decide what subjects they want to discuss, research and debate. Debating helps build confidence, speaking and listening skills and helps the children see that there are different points of view and more than one side to any argument.

In the clubs history, we have debated many varied subjects: some applicable to school like SATs and uniform, some topical like animal testing and Donald Trump and some just for fun like banning Justin Bieber.

This year we put on 'The Big Debate' with the year 6 team versus a team of teachers. The teachers were worthy opponents but year 6s won overall because of their passion and teamwork. 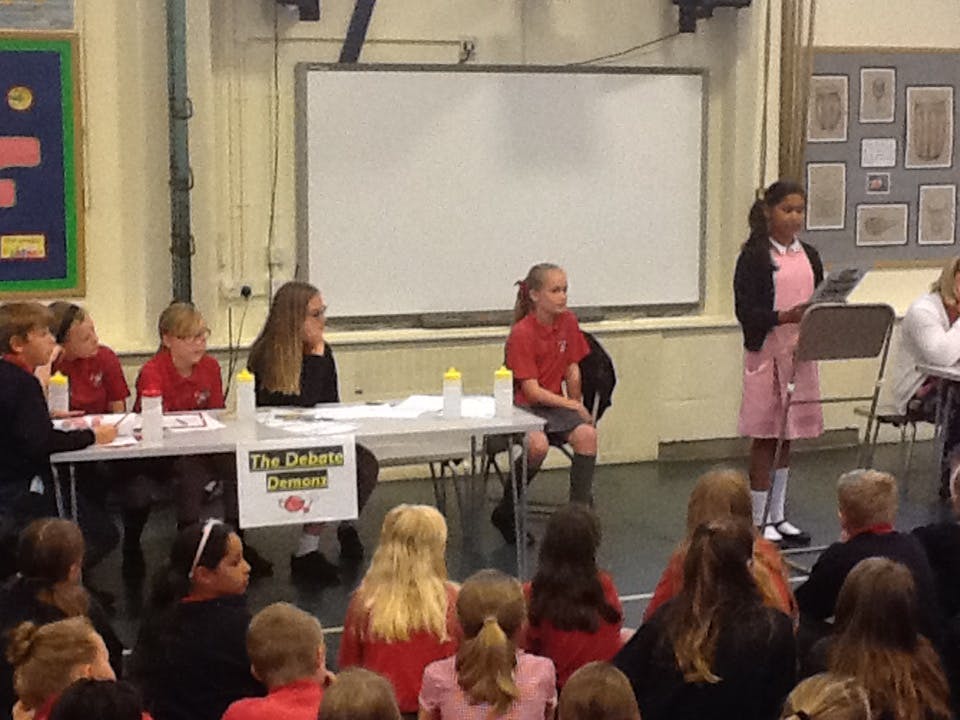 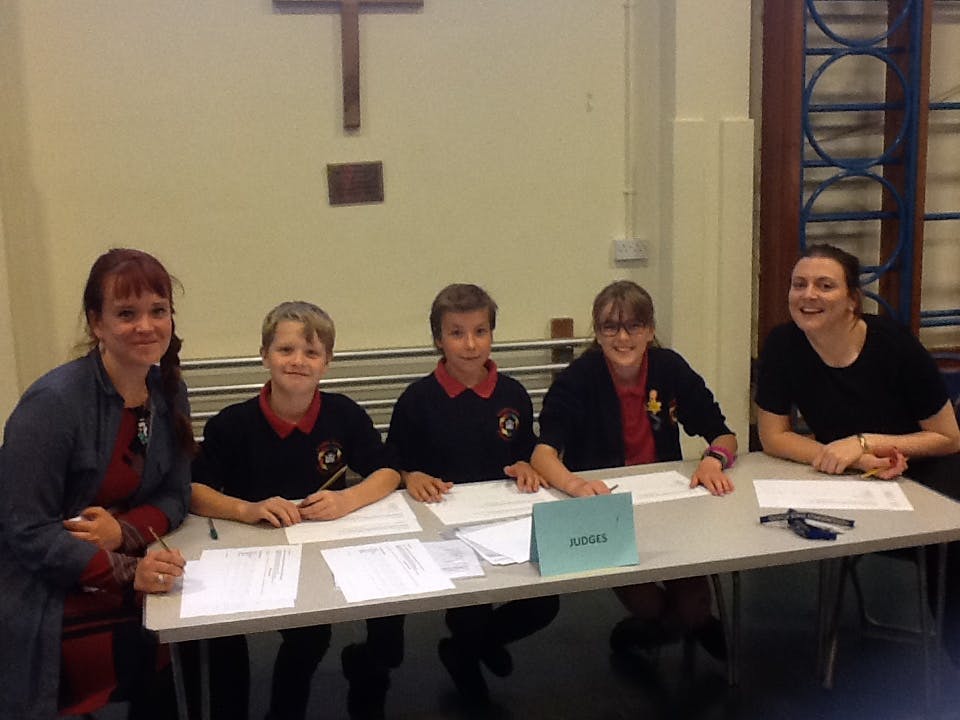 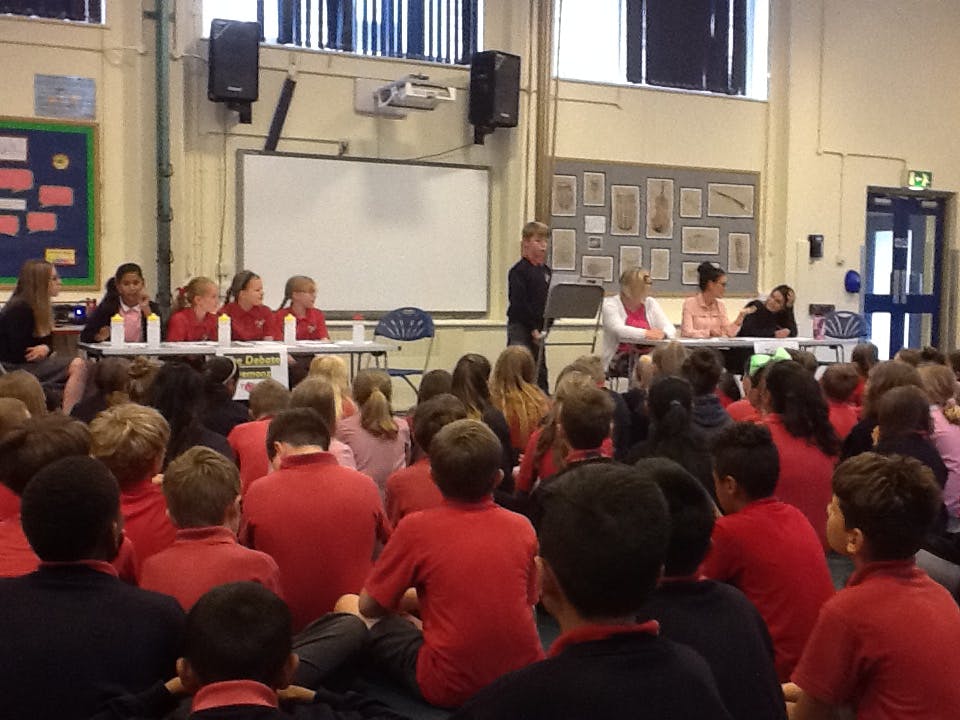 In 2015 & 2016, our debate team took on Crofton Academy's team in the Sandal-Crofton Debate Challenge and won both times, despite being against much older children.

Our website uses cookies and handles personal information to improve your experience, by continuing to use the site, you agree to this by default.